EPISODES returning to Showtime this July 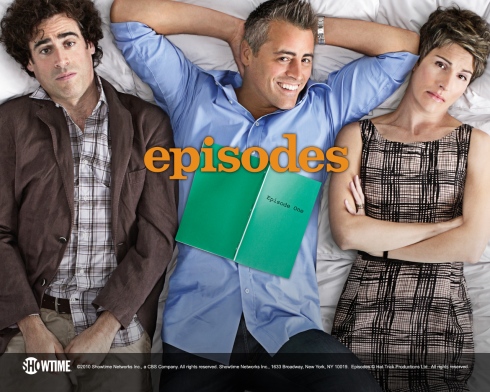 This winter I took on the gauntlet of directing the entire second season (9 episodes) of transatlantic comedy EPISODES, starring Golden Globe winner Matt LeBlanc, and my fellow countryfolk Stephen Mangan and Tamsin Greig. It’s a fantastic show with a superb cast, and I hope I’ve done it justice in its second outing, having taken the baton from James Griffiths who did a lovely job directing the first season.

Showtime have just announced that the show will take a bow in the US on Sunday, July 1 at 1030pm. The only intel I have on the BBC dates is that we are hoping it will come out before the Olympics, so… well… soon! Watch this space.